I am down with anything that has to do with George Benson. U-Nam released the album “Weekend in L.A” (A Tribute to George Benson) in 2012, but our friends at Skytown Records had released an expanded version with some bonus tracks.

In case you don’t know about this album, it re-imagines some of Benson’s greatest hits, and it also features some familiar names.

Check out one of my favorites, Give Me The Night:

The album also includes bonus tracks that were only available in the Japanese release as well as alternate versions (ex: Japanese version of Before You Go/ Breezing’ features a different piano solo from Patrice Rushen!)

“This monumental project includes some of my superstar friends who are among the world’s best known artists of our time.The man known as U-Nam, is destined to become one of the most controversial musicians and his music will give you renewed desire for powered guitar.
It is an honor to be the subject of this new guitar and musical star.
this project sounds FANTASTIC…” 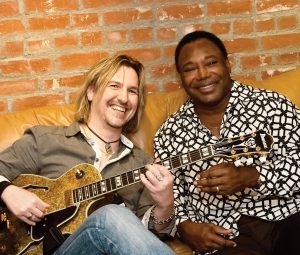 You can also check out this really cool documentary about the making of the album: