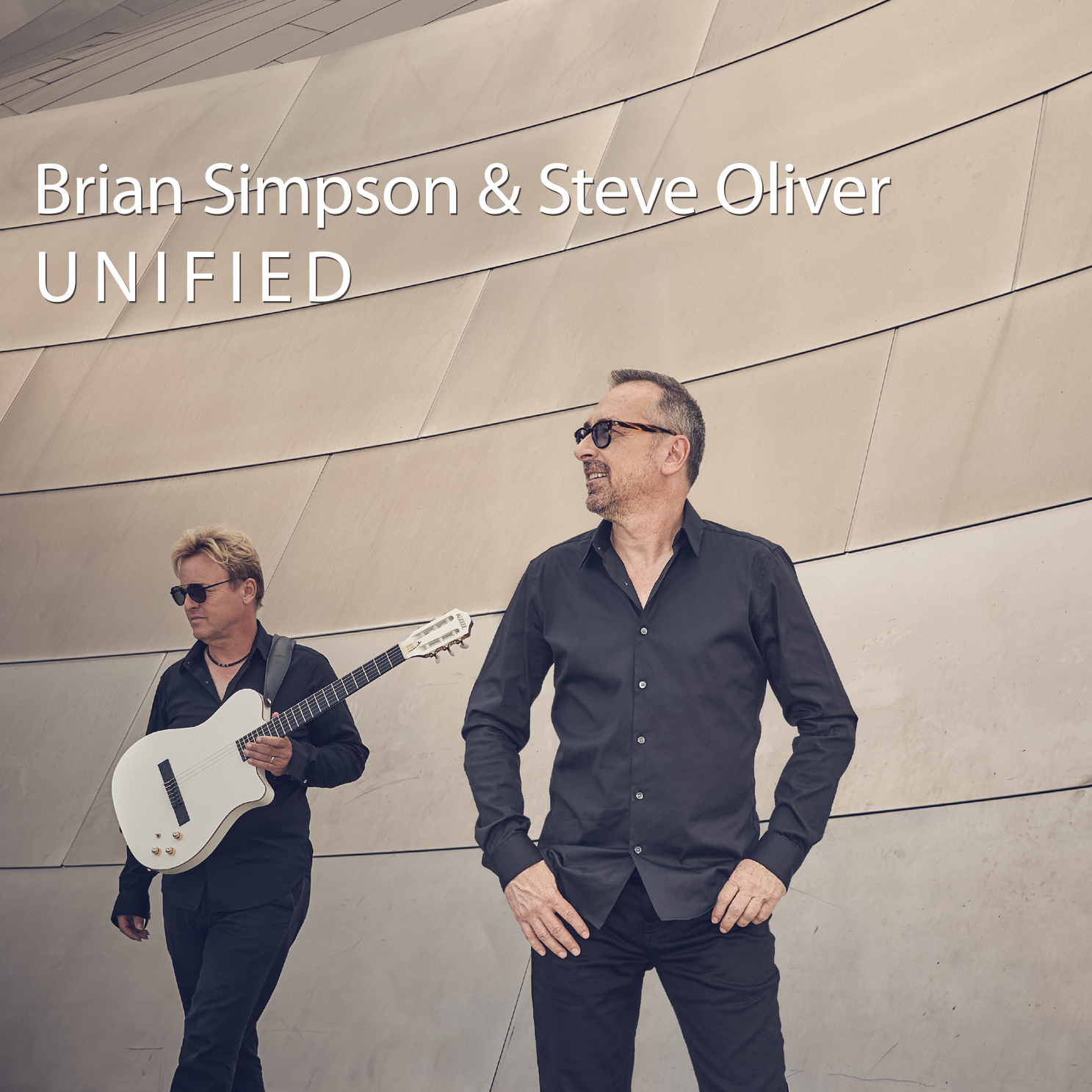 Smooth Jazz veterans Steve Oliver and Brian Simpson have teamed up to record Unified. Oliver worked with Simpson on his last two solo albums, so it only makes sense for the two to team up to create some  more great music. For this project, the duo enlist help from bassist Alex Al, drummer Eric Valentine and percussionist Ramon Yslas. Rick Braun is also featured on one of the tracks.

Let's take a closer look at each track.

The set starts out with the title track, Unified. The first track always sets the tone for the rest of the album, so they decided to go with an uptempo groove to lead it off. More specifically, it is upbeat track with a really cool vibe. The two artists go back and forth and they really do their thing! Simpson is really on point with that piano.

Up next is another uptempo track, The Road Never Ends. Steve Oliver's guitar is unmistakable with its unique sound, and he is on full display on this track. Simpson is right there though and they weave in and out so seamlessly that you would think they were in a band together for 20 years.

In What The World Knows, you get the feeling that they are telling you a story, even though there aren't any lyrics. The piano arrangement at the beginning just speaks to you and it is a great introduction to the track. The mid-tempo groove will make you hum along with the hook. I bet you will hit repeat to run this one back.

Fired Up is next. The legendary Rick Braun is on trumpet here, and as you listen to the track, it is clear that the trumpet makes the song. It is one of those things where the mid-tempo song is good, but when you hear those trumpet fills, it brings the song to the next level.

Next, they break it down with Last Summer. It sounds more like an airy, New Age song. You get a little old school Summer Madness vibe here with the feeling of a being out on the balcony on a warm night, sipping on your favorite adult beverage.

The next track is Like No Other. It leans toward the sound of a Brian Simpson solo track, except is has Oliver's guitar playing the verses. This is one that we will add to our nightclub jazz mix show here in Las Vegas.

On the flip side, The Way Home sounds like a Steve Oliver solo track. It is difficult to describe Oliver's guitar sound, so just enjoy the track that has an island party flair.

In Celestial Body, the sound is more R&B and this is a track where both Simpson and Oliver are at the top of their game. Their stellar play, along with that funky bassline will leave you wanting more.

Cafe Du Monde is a world famous spot in New Orleans, and this track captures the essence of one sitting on the patio as they consume their coffee, taking in the sights and sounds of the The Big Easy. You can run this on a loop at the french market and I am sure no one would mind at all.

Are you ready for a slow jam? A Distant Love is one where you really do feel that longing of a love that is far, far away. I am sure all of us have felt that at least once in our lives. This will take you back and remind you of that one, true love story.

The set concludes with an interlude, And Then You Loved Me. Somehow, this ties the album together and it is a perfect ending to the album. If you listened to the album from start to finish, this short musical bit is like the icing on the cake.

Then, fade to black.

There are several nice tracks on Unified. You can choose a track based on your mood, or even better, listen to the entire 43 minutes. I am sure you will add a couple of these tracks to your main playlist.

No Replies to "Review – ‘Unified’ by Brian Simpson & Steve Oliver"