We do not hide the fact that we consider the band Incognito to be one of the most important musical acts of this generation. Their catalog is so diverse and the music is really uplifting, that it takes over your soul as you listen.

The leader of the band, Jean-Paul “Bluey” Maunick, has released a solo effort. It is called Tinted Sky, and the album gives Bluey the opportunity to do some things musically that he is not able to do when he is working with the entire band.

“I get to escape the band,” he laughs. “When you live in a large family in one house, it’s great to pack up in the middle of the night and disappear where nobody knows your name, live off the land and to do things without the big picture in mind. Just do! That’s what this is!”

“There is no specific theme other than my voice, my guitar and the album's sonic quality. It’s all fairly organic and Richard (Bull) and I don’t mess around…a track a day from conception to completed recording. Mixing was done the following day,” shares Bluey.

Let's get into it!

The set begins with You Are The One. The rhythm guitar will get your attention, and this mid-tempo song also shows of Bluey's vocal prowess. Throw in that funky bass and you will find your feet taping to the groove. The vocal change (3:00 in) totally makes the song.

Don't Ask Me Why is next. Actually this track can be on an Incognito album. The keyboard parts are kicking and the vocal arrangement is one where it just makes you want to sing along. This is a song that will grab your attention.

In Back Here Again, Bluey hits it out of the park with this guitar-centric track. It is an instrumental song, but it has some nice backing vocal hits, which give the song a little more depth.

The drums immediately stand out on From The Break Of Dawn. Once you add the rhythm guitar and the chords, you have a mid-tempo song that is sneaky aggressive. You will know what I mean when you listen to the track.

If you are looking for a little 80's electric funk, check out Had To Make You Mine. The older sounding keyboard samples are very welcome, and the vocal arrangement reminds me of the group Change. The lounge DJ's should add this to their early evening rotation.

Make It Last Forever is a little difficult to describe. It starts out hard with the "Funky Drummer" type beat, then it breaks down to just the chords, then the groove flips to combine the two styles. The song then repeats that sequence one more time. This is really an interesting track. 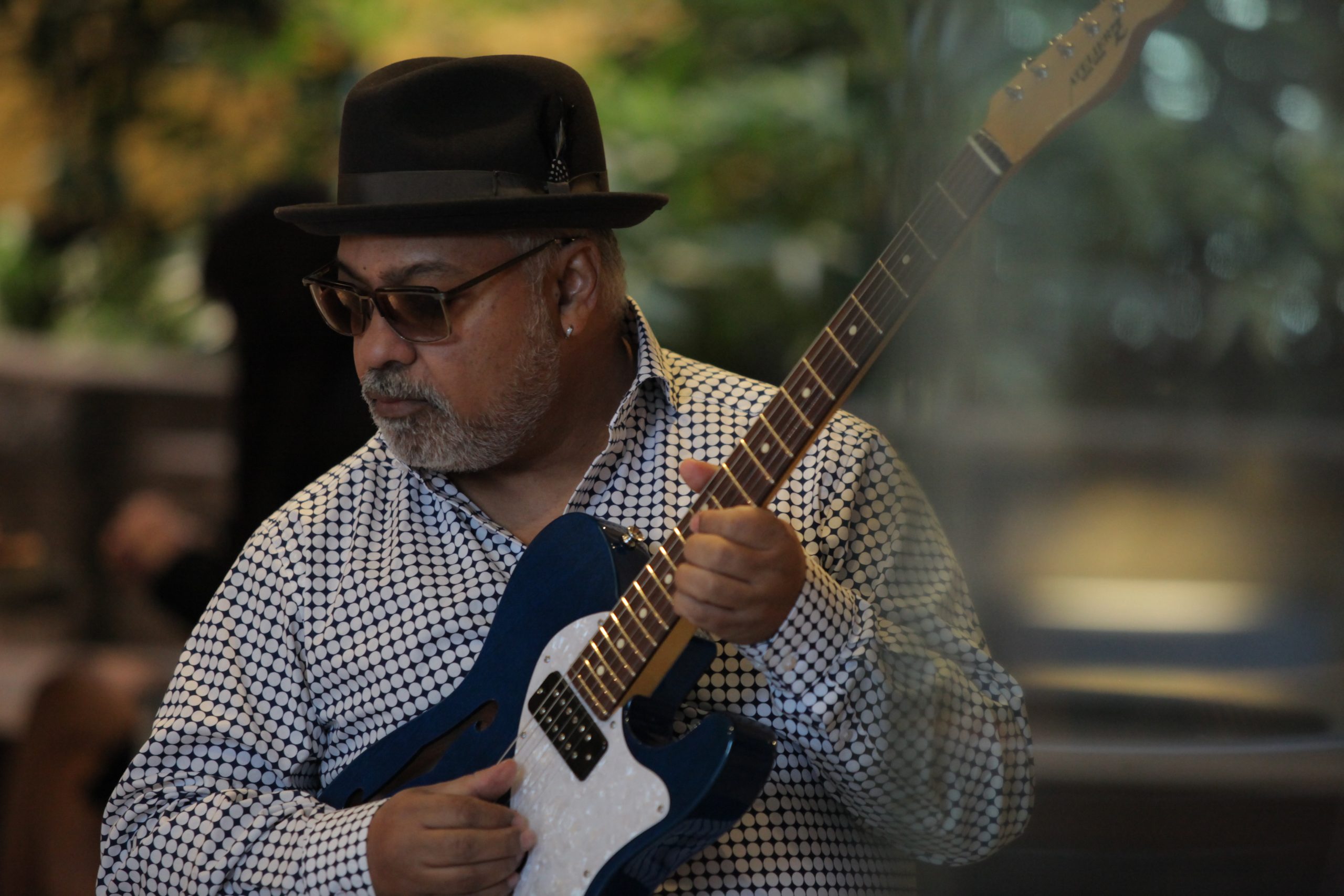 We are back with an uptempo groove called Nobody Knows. all of the components mesh well together: The guitar, the drums, the keys, and the vocals. This is a high energy track.

Spoken word takes the lead on the track called Unaware. I will just leave this here...."There's a message in the music for those who listen."

The R&B flavor runs deep with Crazy Bout You. Actually we will call this British R&B, as this is a track that is reminiscent of the early 90's when British Soul took the USA by storm. Reminds me of a Loose Ends type of track.

Up next is the title track, Tinted Sky. This is a guitar driven track as evidenced by the rhythm guitar and the extended solo. This track has a classic garage band sound.

The set concludes with Floating Worlds. Staying true to the title, the song has an 'out of this world' sound. This is the type of song an artist can create when they are not constrained with the pressure of making a 'hit'. This is a jam session that Bluey's fans will truly enjoy.

Tinted Sky is an album you will play when you want to hear some British Funk. It is not over the top funky, but it sits right there in the pocket and it incorporates some jazz elements to give it a nice balance.

Be sure to add this to your workout playlist.