Do you remember the group Public Announcement?  She’s Got That Vibe was a hit in that New Jack feel, Honey Love was a nice slow jam, and we were introduced to R. Kelly.  This was back in 1992.  Since then, Kelly has been one of the most prolific artists of this generation.  What?  You say you are not sure about that?  Well, he has worked with Quincy Jones, Michael Jackson, Celine Dion, Aaliyah and of course, Ronald Isley. 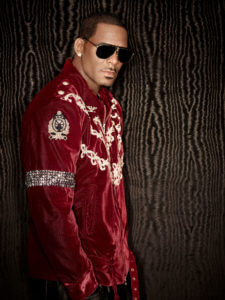 I am sure you know the hits, some of my favorites include Ignition remix, Spendin’ Money, I’m A Flirt, Just Like That, and the Stepper’s Classics Step In The Name Of Love and Happy People.  Kelly is a versatile artist.  He can go mainstream, such as the worldwide acclaim of I Believe I Can Fly, performing at the Winter Olympics and recording Gospel inspired songs.  He can also go in the opposite direction with tracks like I’m A Flirt and Big Chips.

Kelly has sold over 40 million albums, and has also won several awards, such as BET, Billboard, and American Music.

I mean, we all know he has had the occasional controversy over the years, but to me, that should not affect how we judge the music.  Hey – Who am I to judge what someone does in their spare time?

Anyway Kelly will be out and about through February.  He will be in some major cities, including Atlanta, Houston, Oakland, Dallas, San Diego and Las Vegas.  The Houston show is New Year’s Eve and it will also feature Mint Condition and Kelly Price.