Peter White Groovin’ Behind The Scenes 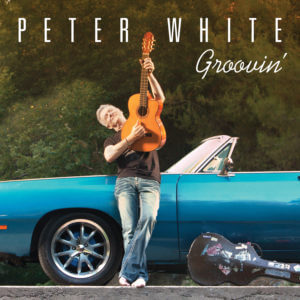 Here is a quick interview with Peter White about his upcoming album.  Groovin’ is White’s third album of cover songs, and it has a little something for everyone.  He puts his spin on classics such as, Stevie Wonder‘s Do I Do,  I heard It Through The Grapevine by Marvin Gaye, and I Can See Clearly Now by Johnny Nash.

Check out this Peter White Groovin’ Behind The Scenes teaser:

“…White’s third album of cover songs, with classics from the late 1960s to the late 1970s, and his unique, optimistic sound on each track.”

“There is lots of rhythm, grooves, and just great guitar playing on White’s 10-track offering. His contemporary jazz twists to these classic songs give a new generation of fans something to be excited about as well as a chance to celebrate White’s ongoing legacy that will keep you up all night and enjoying this good time music.”

The album drops on October 28th

You can pre order right here and get it as soon as it comes out!