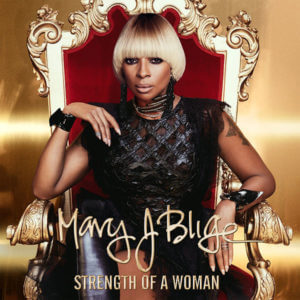 It has been said that most of Mary’s best work stems from some sort of personal tragedy.  I am not going to argue with that, because we have seen the results.  We can just look at My Life and No More Drama as proof.  Heck, Mary was married for about 13 years, and personally, the only album release that was good during that time was The Breakthrough.

So maybe there was something to that.

Well, the marriage is over, and Strength Of A Woman was released on April 28th.

Featured guests on the album include Kanye West on Love Yourself, DJ Khaled, Missy Elliott, and Quavo on Glow Up, Prince Charlez on Smile, and Kaytranada on Telling The Truth.

Here a couple of the better songs on the album:

My overall feeling is that the album’s flow is too slow. This, unfortunately is how the production is going right now.  Many of the R&B artists are recording these slow beats, and it is becoming a snooze fest.  I have loved Mary’s music over the years, but this one is a departure from the classic Mary J Blige sound.  We can only hope that we see a shift really soon.

What do you think?