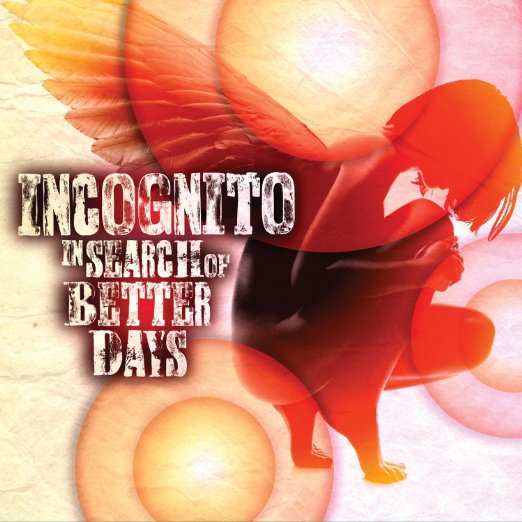 The Jazz World is really excited about the new album from Incognito.  In Search of Better Days will drop on June 24th, and we are sure that it will give us some great music to enjoy for years to come.  The group, led by Jean-Paul “Bluey” Maunick, have been in the game of Jazz+Funk since the 1981 release Jazz Funk.  Since then they have released 25 albums of great music.

For us, the Positivity album is iconic, as every single track will make you groove to the smooth and uptempo offerings.  Deep Waters and Still A Friend of Mine are especially great, in our opinion.  You can catch the latter in the Smooth Jazz Mix Series.

Throughout the years, Incognito also gave us some remakes.  For us, many remakes fail, simply because the artists do not make the songs their own.  This is not the case for this band.  On Adventures in Black Sunshine, Incognito thrills us with a remake of the Doobie Brothers classic, Listen to the Music.  This version is a dance track, and if you didn’t know the original, you would think it was an original song.

On Transatlantic RPM, Chaka Khan and Mario Biondi lend their vocals on the Boz Scaggs iconic hit, Lowdown.  If you have not heard that track, you will be in for a treat.  In 2014, the Amplified Soul release featured a song from one of our all time favorite artists.  Silver Shadow, originally an Atlantic Starr performance, was covered by Incognito.  Vanessa Haynes did an excellent job with the lead vocals.

In addition to Vanessa, the vocalists that perform with the group are all great, and they each bring a unique vibe to the sound.  Katie Leone, Imani, Mo Brandis, Natalie Williams, Tony Momrelle, and Maysa round out this stable of great singers.

Jean-Paul “Bluey” Maunick is the ringleader of the band, and his credentials are second to none.  In addition to the Incognito project, Bluey has worked with Al Jarred, Chaka Khan, Al McKay, Philip Bailey and Stevie Wonder, just to name a few.

Be sure to pick up In Search of Better Days on June 24th.  The legacy of Jazz+Funk continues!

Initially Bluey had been trying to see if he could get a writing collaboration with his favourite British vocalist Amy Winehouse. They had spoken about it when she attended an Incognito at the Jazz Café in London. Sadly Amy passed away and his idea was shelved. Upon seeing the movie Amy for the sixth time he was moved to complete the song as a tribute to Amy’s short and troubled life and brightly shining musical legacy. He used the relationship between her and Blake as the blueprint for his story line.

Incognito “In Search Of Better Days” Pre-order it today :