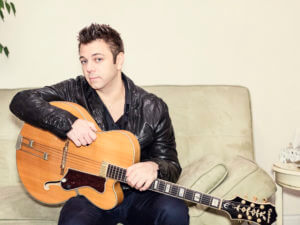 We love to let you about some new soul/jazz music, especially the type of sounds that we think you would enjoy.  Soulleash by Duffmusiq, is an album that brings all of the important elements together.  They include R&B, Jazz, Funk, and live musicianship.  Duffmusiq is an award-winning multi-instrumentalist who is the director of the project.  The recording is done ensemble style, with more than twenty musicians that lend their talents to the project.

Soulleash features eleven tracks, and they are all tied together by the cool, low key guitar work by Duffmusiq.

“I had the idea of doing the album ‘Santana-style’ by having different guest musicians on every track, and also incorporating small vocal parts here and there, so that it’s not an entirely instrumental album.”, Duffmusiq explains.

The album kicks off with Interlude: Solotude.  Clocking in at three minutes and 25 seconds, I would consider this to be a full track, as it highlights Duffmusiq’s guitar licks.  Vocalist Vania Margani only adds to the experience.  After Midnight is up next, and one instrument immediately stands out.  The upright bass is, in my opinion, underutilized, and here it is a main component to the song.  After Midnight is an instrumental track, except for the hook, which is beautifully sung by Christine Hamilton.  This is smokey lounge music at its best.

My Only Love is the first single off the album.  It is a hybrid between R&B and Jazz, and like the previous track, the instrumentalists take turns as they showcase their skills.  The lead vocal is performed by Wade O. Brown.

You can check it out here:

Cookies is a straight up instrumental track.  Duffmusiq takes the lead guitar here, and it is obvious that he is a highly trained guitarist.  If you like your jazz with a hint of blues, then you will like Summer Rain.  You can definitely add your own lyrics about how your baby left you.  I love it when I am able to do that!

The title track is up next.  Soulleash is is another opportunity for Duffmusiq to show off his skills.  Lisa Michelle is the featured vocalist on this track.

Up next, there is a 37 second interlude called Funky People.  I think they were just teasing on that one, because it seemed like they wanted to bust out.

Party People is another nice track that once again features the vocal stylings of Wade O. Brown.  Quisha Wint also lends her vocals to the song.  The bass is funky, and it is definitely a head-bobbing track.

There’s more smooth guitar work in Solace.  You also get some rhymes, courtesy of Jin Brown.  Solace is more of a neo-soul track, it fits in nicely within the theme of the album.  From Duff Till Dawn is up next, and here we get back to the traditional lounge sound.  The instrumentation is tight all the way around on this one.

The album concludes with a little funk.  The Outro: Farewell ends on a high note, making you ponder the direction Duffmusiq will go in regards to the next album.

We like the ensemble approach to the album, and this is a good one that you can add to your playlist.