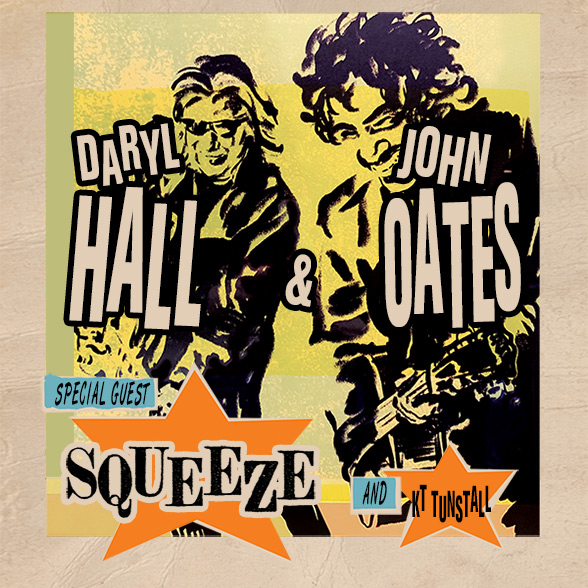 After selling out their upcoming February 28 performance at NYC’s Madison Square Garden in short order, Rock & Roll Hall of Famers Daryl Hall & John Oates have announced a 32-date North American summer tour with Squeeze and KT Tunstall. Produced by Live Nation, the latest tour by the best-selling duo of all-time will kick off this May at the famous Hollywood Bowl in Los Angeles, CA and make stops in Toronto, Chicago, Atlanta and more before wrapping September 2 at Bank of New Hampshire Pavilion in New Hampshire.

Daryl Hall & John Oates will preview their anticipated MSG performance with a show at Hershey, PA’s Giant Center on Wednesday, February 26th. They will then play select shows in California and Hawaii, as well as a two-night stand at Mashantucket, CT’s Foxwoods Resort Casino.

“Can’t wait to get out there and have some fun playing with my friends to all of my friends,” says Hall.