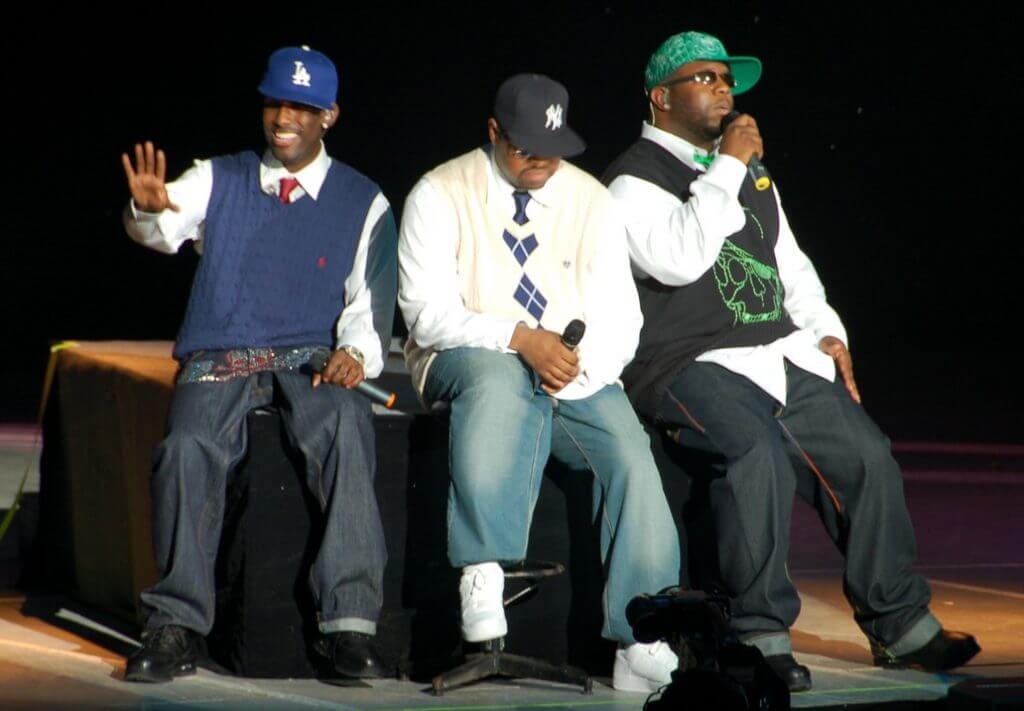 It has been a long time since Nathan, Wanya, Nathan and Shawn sang for Michael Bivins backstage of a New Editon concert in 1989.  Since then, they have recorded record-breaking singles, such as End of the Road, I’ll Make Love To You, and One Sweet Day.  You can catch Boyz II Men live in concert in a city near you.

Fun fact:  The Best New Artist category for the 1992 Grammy Awards featured some heavyweights.  Along with Boyz II Men, C+C Music Factory, Seal, and Color Me Badd were nominated for the award.  Guess what?  Singer/Songwriter Marc Cohn actually won the award.  Nothing against Marc, but if you would have asked me who won that award, I would have guessed any of the other acts that were nominated!  I personally would have said C+C Music Factory, as they were scorching hot that time.  The Grammy Group was notoriously middle of the road, so that may have contributed to the outcome.

In any event, Boyz II Men is still going strong, with the harmonies that you will instantly recognize.  They are still in demand, and they are constantly on the road.  We have your show dates and tickets right here.

A couple of the featured shows include:

Mixtape Festival on August 6th in Hershey PA,which will also include New Kids On The Block, Paula Abdul, and 98 Degrees.